I have been singing since I was able to talk and have been doing shows at various venues whenever possible.  For many years, I was a regular performer at the Maple Café in Hartford singing Irish songs for the merry revelers there.  I am a regular with the Connecticut River Ramblers and we sing at fairs and farms throughout Central Connecticut and the River Valley and we play often at Westmoor Park in West Hartford.   I also have sung with the Portable Folk Festival for many years.  On my own I am well known on the Assisted Living circuit and I am a regular at many rest homes state wide.  Recently I have performed at the McLean Home in Simsbury and Apple Rehab in Middletown.  I have a large repertoire of songs and as a result I can make many different audiences very happy.  My music varies from popular songs throughout the 20th century, to songs for oldsters, to Country Rock, Soft Rock and Folk.  Browse through my site and listen to the music.  Feel free to email me and I will be happy to perform anywhere in the Connecticut region.  Enjoy the site!

​Some of the places and some of the times I have been singing lately. 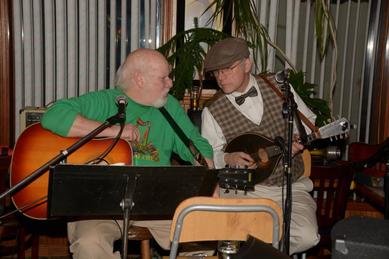 Courtney Fyfe, Richard Fyfe, and Dave cranking them out at Angelo's

Dave and Mike at Angelos 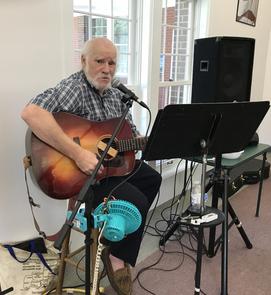 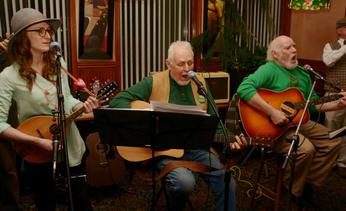